Rufus Wainwright songster magic circles back to the Landmark

Before the concert came a weekend lengthened by a day. This meant additional time to work on a reinvention of back yard landscaping, hopefully aided by time spent with some gnarly 3D design software. Success was a slow-growing affair, with most of it spent decoding the software’s occasionally two-handed user interface. When it came time to draw a walkway that was to take a leisurely curve across the yard, it became clear that the tool was less fluid in managing arcs than the lines and rectangles that occupied the rest of the layout. 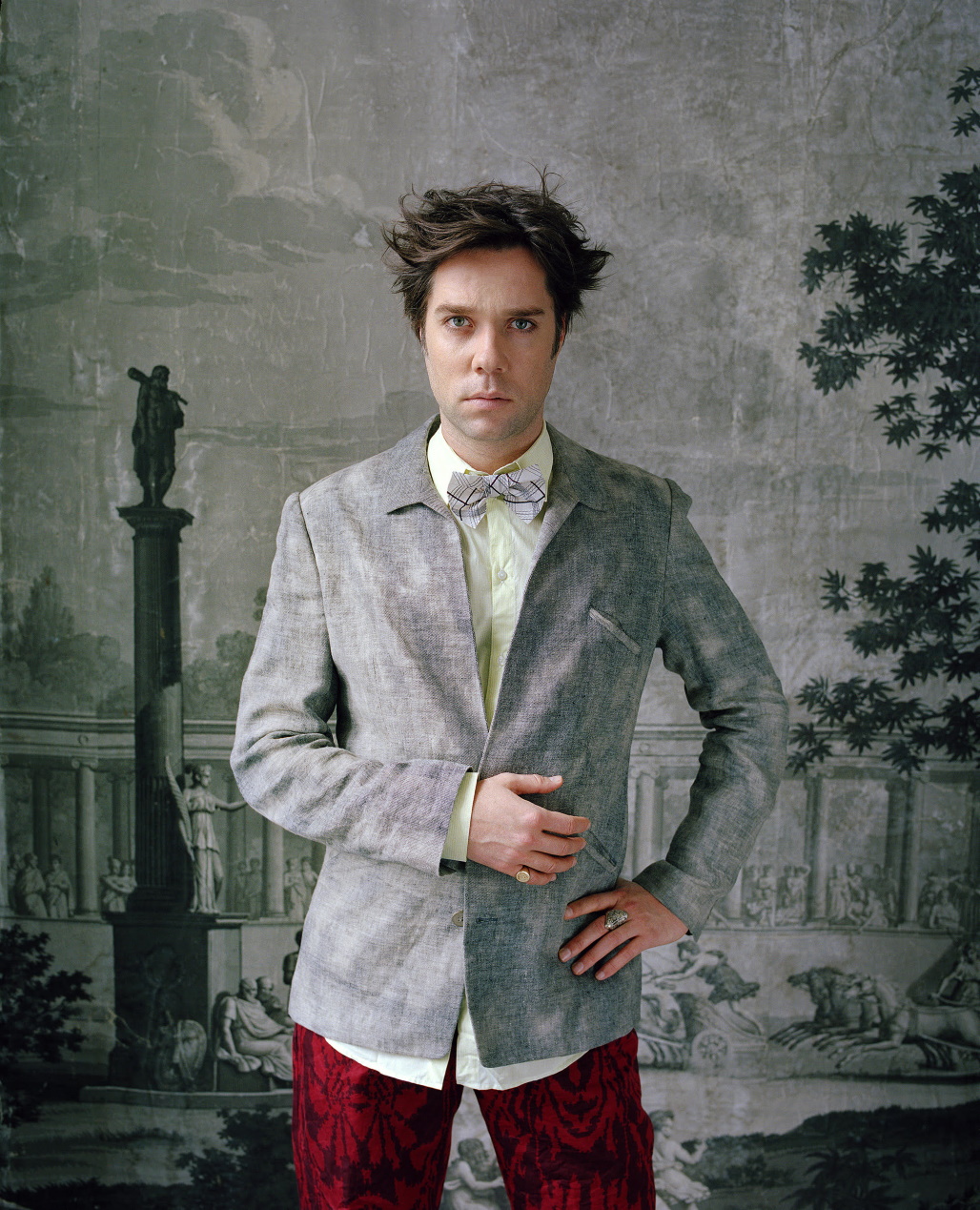 Popular musicians have breakout songs, like Rufus Wainwright’s 2001 “Cigarettes and Chocolate Milk” (as well as other tunes from the album Poses). These breakout songs are the starting point in the arc of a career. Popularity may be judged by the height of popularity, but a career is judged by its arc.  Doubters are to be reminded of their high school geometry. The chord, a semantically related construct, can be seen as a straight line representing the steady tempo of time. Above this base, which the artist has in common with all of us, the artist’s creations form an arc that constitutes a segment of the Circle Game Margaret Atwood and Joni Mitchell described.

Managing that arc, as the troubled trajectory taken by Jim Morrison or Janis Joplin testifies, can be life-threatening. Or, as many a one-hit wonder demonstrates (say, Beautiful Day’s “White Bird,” Carmen’s “Bulerias,”  Jigsaw’s “Sky High,” or  Léo Delibes‘s “The Flower Duet”) the breakout song may turn out to be the high point of an unsatisfyingly short arc.

It was through this convoluted labor that the image of an arc took hold before the show.  It was an abstract notion: emotional but diffuse, the sort Sting sketched as “the secret geometry of chance” in “Shape of My Heart.” But when Wainwright returned that evening to the Jean Rimsky Theatre stage behind the considerable gravitas of its Steinway and his sure wrists, it was to be a very a different arc.

Opening with the pop song anti-pattern “Agnus Dei,” Wainwright asserted the sustained airworthiness of his voice – not just arc, but its full-throated lighter-than-air updraft. How many pop icons dare start a set – never mind an entire concert in Judaism-friendly Port Washington – with a Catholic liturgical reference? More than this particular choice of song, listeners are shown the turns, trills as well as the inaudible markers that serve as boundary lines in Wainwright’s opera-influenced frame of reference.

This evening’s performance included many of the artist’s best-known songs. In addition to the aforementioned uglified hit “Cigarettes and Chocolate Milk,” he reprised “Grey Gardens,” “This Love Affair,” “Matinee Idol,” “Out of the Game,” “Jericho,” “The Art Teacher,” “Poses” and “Montauk.”

Most were performed on piano, though Wainwright would occasionally simplify and turn to acoustic guitar, with somewhat diminished effect.

He also brought two Leonard Cohen songs with him, “So Long Marianne” and his much-loved interpretation of “Hallelujah.”  “Hallelujah,” a special category of singer’s song best delivered by performers unafraid of whole notes.

Among these familiar songs, the evening’s rendition of “Going to a Town” exceeded even the intensity of the studio version. Its lyric “You took advantage of a world that loves you well” seemed to reverberate more than usual in a time when the idea of America is more humbled than proud.

He also debuted two songs from an upcoming album (Spring 2020), including “Peaceful Afternoon.” The new song’s lyrics typically under-promise: there’s a surprise in store for the careful listener not distracted by a pretty voice.

Wainwright’s strong vocal presence can overshadow his lyric writing. The lyrics for Montauk show Wainwright fearlessly quirky beneath the facile keyboard arpeggios: “One day you will come to Montauk / And you will see your dad wearing a kimono.” Just when you decide the words can be dismissed as casual, he introduces us to a Montauk woman “now a shadow” who’s waiting “for us in the ocean / And although we want to / Stay for a while / Don’t worry, we all have to go.”

Husband in tow for the concert, Wainwright nevertheless declared the earlier Japanese restaurant quite satisfactory preparation for their after-concert trip from Port Washington to Montauk.

Because whether by straight line or curved:  Don’t worry. We all have to go.

The opening act featured The Rails, who delighted the audience with their tight vocal harmony and melodic songwriting. The vocal chops were necessary considering the shadow cast by the headliner.

The Rails are “Kami Thompson (daughter of Richard and Linda) and James Walbourne (guitarist with The Pogues and The Pretenders) and hail from Kentish Town in North London” (website). They’re part of the complicated Wainwright diaspora, many of whom have performed at the Landmark. The Rails fit right in.

Agnus Dei, qui tollis peccata mundi, miserere nobis.
Lamb of God, who takes away the sins of the world, have mercy upon us

“I have a . . . daughter, which makes me more environmentally conscious. For me, it’s about the future. I remember when I was a kid, we had these long winters and fall was cool and leaves weren’t brown really early on in the season. I don’t know if that means anything, but it seemed like a different world, especially growing up in Canada. Climate change has always been sort of my main focus.”  Rufus Wainwright, interviewed by Kristi York Wooten in 2014.

Rufus Wainwright appeared for this first time at the Landmark in 2017.  For those unfamiliar with his work, as noted in this earlier review, that performance demonstrated Wainwright’s connections to classical music and a certain type of melody-writing that features a longer time in the air.