In a show performed at the Tilles Center, the jazz / funk / prog-rock phenom that is Esperanza Spalding introduced her alternate ingénue Emily in a performance that sparkled with creativity – even puppetry.

You’d be forgiven if you felt a libretto would come in handy. More than a series of songs, the performance was thematic, theatrical, didactic. At various times Spalding sang at, cajoled, teased or comforted her three vocalists. Later the vocalists piled books into Spalding’s arms. 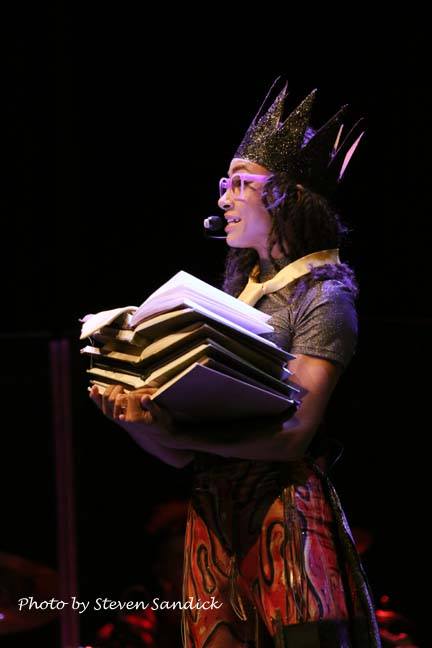 Spalding’s writing rises above both typical pop lyrics and casual introspection, though typically offered in a casual wrapper. “Oh good times, good lava,” she sings, “We all know you wanna.”  But less transparently, “Promise not to name it,” and in her academy commentary “Ebony and Ivy” you must process the prosaic “we master slaving over someone else’s questions” as well as its metaphorical refrain, “Where the sage on the mountain now / is a plant or animal.”

Like Joni Mitchell in “Song for Sharon,” Spalding is “chasing dreams / Mama’s nylons underneath my cowgirl jeans.”  Throughout “D+Evolution” Spalding exposes an Emily “other:” as sexual self “Come brave me” (“Good Lava”), as spiritual messenger “All legacies end here / You get to just keep getting there, getting there” (“Earth to Heaven”), and as aspirational “Just keep riding ‘til you scrape the sky” (“Elevate or Operate”).

This leg of the “D+Evolution” journey is from idiosyncratic self to the universal. “No more acting these predictable roles” (“Unconditional Love”), neither “lacking in love [nor] haunted by its pain” (“One”).

The “Emily’s D+ Evolution” staged at the Tilles Center for the Performing Arts in Brookville crackled with an electricity not always present in the studio versions of the songs. 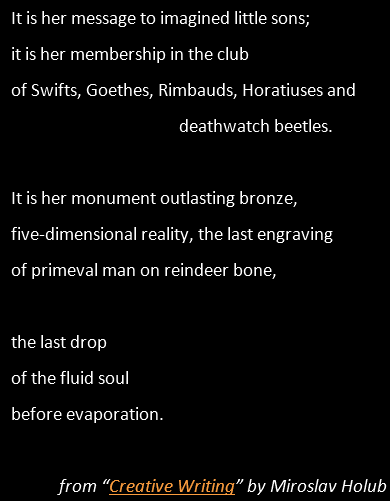 Shawna Corso (vocals).  Their assignments were nontrivial. Spalding’s creations sometimes veer pretty far from the I-IV-V blues line in the road, and the melodic skips, even when playful (she covers “I Want it Now” from Willy Wonka), were sometimes more Mikrokosmos than Billboard.

One of the evening’s highlights: Spalding, Stevens and Tyson cooked up a spicy dose of “Funk The Fear” (think Tower of Power meets En Vogue’s “Free Your Mind”) while the singers carried the chemistry into the audience on foot. The invocation:

(Funk the fear, live your life)
I want to do it with thee

Spalding is a fine vocalist and the songwriting relies heavily on this gift. At times her voice sounded like a mezzo version of Minnie Riperton’s coloratura (“Reasons”), with backup harmonies, such as the “So good” harmony in “Earth to Heaven,” taken from early Joni Mitchell (“Hissing of Summer Lawns”).

“Earth to Heaven” is comfortably tonal – no challenge at all for Spalding’s non-jazz audience. Listen to this song a few times and the resonant, rounded bass notes she rolls in your direction beneath that insistent voice will summon a bit of Joni Mitchell – Jaco Pastorius  in “Hejira”

Your jazz / prog-rock ear is tested a bit more in “Good Lava.”

Spalding was among those who performed at the David Bowie Tribute Concert earlier this year. Nerdist’s Maceagon Voyce described her performance of “the difficult ‘If You Can See Me,’ as “seamlessly negotiating complex meter and perilous vocal contours. In billowy white clothing, Spalding riffed on her bass as though it were attached to her body.”

So it should have been no surprise when Spalding similarly weaved Bowie’s 2013 “If You Can See Me” into her own performance on this evening.

“I will take your lands and all that lays beneath
The dust of cold flowers, drizzle of dark ashes
I will slaughter your kind, descend from belief
I am the spirit of greed, of gold, of theft. . .”

Several passages during the evening were reminiscent of songs from Bowie’s “Black Tie White Noise.”  Spalding’s arrangements and phrasing had the boldness Bowie displayed on that project (check out his “Pallas Athena”), though her melodies in “Emily” are more daring. Bowie’s “Nite Flights” is introduced with a devastating 3-second drum – bass phrase that could easily have rumbled off Spalding’s five string fretless.

At the end of the performance, the six musicians cocooned themselves as one in decorative fabric draped across the back of the stage. It was Spalding’s chrysalis readying itself for another night.

As she wrote in “Good Lava,” this had been a time to “see this pretty girl flow,” a young career in motion, a woman still recognizing herself, to, as Joni Mitchell wrote, to “see my complications” (“Refuge of the Roads”).

And yet there’s more to be done. Esperanza Spalding’s world is not of reviews and reviewers, nor an imitation of Bowie or Madonna-esque self-remaking.

There may even be few clues in the glittering terrain of her own past work, because she must scale heights only she can see.

The “Emily” tour enjoyed a special relationship with the Tilles Center venue at LIU Post.

Earlier that day, she taught a master class at the college and participated the college’s annual Jazz Day. But more than that, some of “Emily” took shape on the campus.

“Shout out to Tilles Center! They were willing to let us use it. They had been talking about booking us when I was interested in some sort of bartering and they very generously let us workshop it there in exchange for some teaching and work with the students there. It was a great experience with everyone. I think there are more people like that in the world and I’m going to hunt them down and work with them.”

The Brooklyn resident had been clearly unaware of the spacious, wooded acreage that is the Nassau County campus. “So peaceful,” Spalding told Newsday’s Glenn Gamboa.

Happily, Emily D+Evolution was less so.

Legendary violinist Itzhak Perlman returns to the Tilles Center on Saturday May 14.

Charles Gans in The Columbian