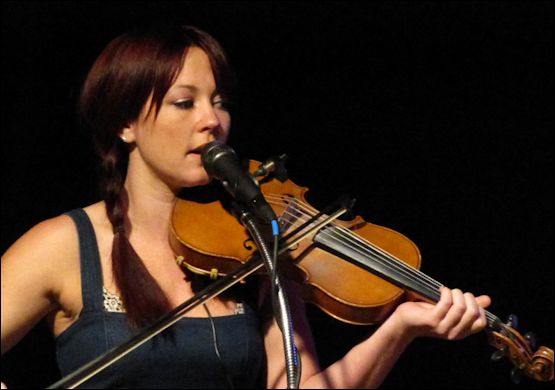 Unlike many musicians with musical parents or friends, Amanda Shires (@amandashires) became a violinist quite by accident. Her Dad was shopping for a new hunting knife at a pawn shop, and she saw a fiddle for 65.00. He bought it, but said she would have to learn how to play it.

Shires told the NPR interviewer (August 2013) that she is a fan of Leonard Cohen. “I like the place that he came from. That he studied in poetry and switched over to music. . . And that he played for mental hospitals.” In fact, she has a Cohen verse tattooed on her arm.

But love is not some kind of victory march,

No it’s a cold and it’s a very broken Hallelujah.